The Future of GradSchool Conference 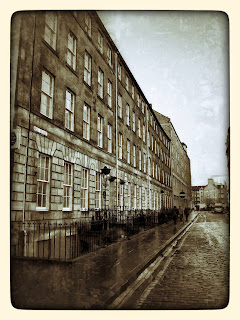 Yesterday we had a big gradschool forum where the future of the GradSchool Conference was discussed. This post repeats and expands my initial thoughts yesterday.

I work at the School of GeoSciences which is at the triple intersection of traditional geo-sciences (ie if you want to be provocative supplying talent to the extractive industries), environmental sciences and social sciences. Sometimes clear fault lines arise. We have many postgraduate students covering the spectrum outlined above. The GradSchool organises and annual conference where first year and third year students present their work. The conference is large and is partly funded by industry. Industry tends to be extractive industry, although not exclusively. Not surprisingly some people object to industry sponsorship in general and extractive industry in particular. To the extend that some boycott the conference.

Some thoughts on these issues. I think it is a huge opportunity for the school to cover the entire spectrum from humanities to hard geophysics via geomorphology, geology, environmental sciences, meteorology. It is important to get everyone under one roof for one weekend which allows people to meet and exchange ideas and be challenged with different points of view. Given the size, it is expensive. Smaller won't do because you loose some of the spectrum. Industry sponsorship is not palatable to some. One suggestion was to get the school to fund the conference. However, at the end of the day the school is also funded by the same industries. So, that would be merely sweeping the issue under the carpet.

My issue with the uncompromising stand point is that it opens up accusations of hypocrisy. I suspect at the very least they quite like a warm flat, the occasional shower, food and that shiny laptop. At the end we live in a very connected world and it is very difficult to be strictly principled.

So, there is a spectrum of grey between the black and white and everyone locates themselves somewhere on that spectrum. And thus, it is a personal decision of what is acceptable and what is not. The GradSchool conference offers a forum where everyone can present their work. Not only do the people who boycott the conference miss this opportunity they also deny the others the chance to find out about their work.

I would like to hear about the social impacts of mining (be it in Africa or Europe or where-ever). I think it is great opportunity for those who work on the scientific/technical side of the extractive industry to be aware of the social consequences. At the same time, I also think it would be helpful for the human geographers to get some idea of what the underlying science is.

I was accused of being condescending for suggesting to just ignore the company logos - my apologies for that. It was an ill-thought out statement. It was a short-hand for saying that the presence of industry is not very visible. It is up to individuals to seek them out and have a chat. I don't think the GradSchool conference is particularly good for networking. There are plenty of better opportunities.

One of the students said that they are not only considering the extractive industries and are trying to figure out how to distance themselves from the world of big business. I am sure they do. However, we are also trying to figure out how to tackle the looming issues of global resource depletion and deteriorating environmental conditions. We are also discussing the greater issues of wealth distribution and the crisis of capitalism.

We need to work together to address the issues facing the world, it will take science, technology and social sciences. The school is in a unique position where the entire spectrum is covered. And the GradSchool conference is one of the few opportunities where we can all meet and exchange ideas. It would be a shame to not make use of this opportunity.

Personally, I have some issues with the extractive industries, although I have worked for an oil service company. I have bigger issues elsewhere. So on balance, I think this is not a stand point worth fighting about. I have no idea how to tackle the bigger issues though. And that is exactly why I would very much like that dialogue with the human geographers.

Finally, I have a request: I think it would be useful to know how large the GradSchool Conference is, how much it costs and what the options for accommodation/conference places are. In the past it was not very transparent to find out what it takes to run the conference. It just happened.

Posted by mhagdorn at 10:04 No comments:

Email ThisBlogThis!Share to TwitterShare to FacebookShare to Pinterest
Labels: world 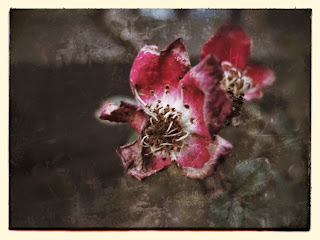 A stormy night last night and although the weather somewhat calmed down during the day I still feel very upset. I needed some time to think about Wednesday's shooting in Paris at the Charlie Hebdo magazine and the reactions I observed. The terrorists struck at one of our fundamental principles - freedom of speech. Today this particular episode seems to have come to a bloody end.

I looked inside me to find my reactions: another lot of people killed in some `far-away` place, just like the many other places far and really far away, like the Africans drowning in the Mediterranean, the people in the Middle East and Central America and riots in the USA. Where-ever you look there is civil strife and war. We live in a world of economic uncertainty and looming environmental disaster. This is exploited by groups who offer us simple dualistic view of the world: locals and foreigners; straights and gays; black and whites; us and them. The shooting has already been used by various right-wing groups in Europe to highlight this dualistic view while our governments and their secret services ask for more powers to surveil us (thus hollowing out one of our other fundamental principles - the right to privacy). All the while a German neo-nazi group managed to kill 10 people during a 13 year period.

I want to live in a pluralistic world.

Against all forms of fascism!

Posted by mhagdorn at 23:59 No comments: