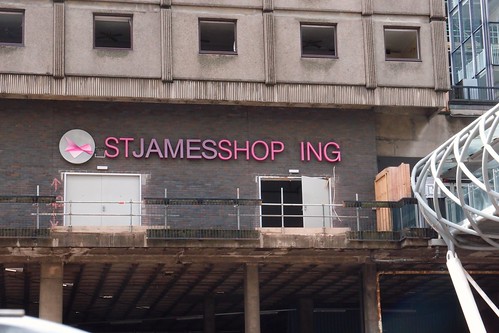 It's not that I can complain about anything in particular, it's more a general feeling of utter crapness on all sorts of levels - some expected, others totally unnecessary.

Level I: Family life is busy and the boys keep us well occupied with their various minor arguments, needs and demands. This is entirely expected and I suppose as at it should.

Level II: Work is busy and I embarked on a new adventure lecturing on a Master course. I am looking forward to that but there is a lot of work I need to do to prepare the lectures. Luckily, I do not need to start from scratch. Some of the other projects just have to wait. But that is ok and as I have chosen.

Level III: We just got our pay settlement, a measly 1.7% pay rise. In the past we went on strike which changed nothing - apart from loosing a few days of salary. I guess our position is not unlike the National Philosphers'. This has been ongoing since the crash in 2008 and according to some study, the UK is at the bottom of the wage growth league: Our real wages have dropped by 10% over the last decade. I think we are starting to notice that now. I used to be quite happy with my wage and I suspect the boys are somewhat more expensive than they used to be (as one would expect). Steadily rising bills do not help. This policy of austerity sucks. We can afford the necessities. It is the niceties that do not happen since everything is so stinkingly expensive.

Level IV: I live in a beautiful city that is getting pimped out to tourists leaving few benefits to the locals. More car traffic into the city? More hotels that displace services for the locals such as schools and libraries and public spaces? More venues that put on shows that are too expensive? I enjoy the buzz of the festivals and I do like going to see the buskers on the Royal Mile. We will probably see one show - for the four of us it is about £40 plus the transport of getting there, ie a usual day out. We can afford that about once or twice a month - see Level III above.

Level V: The UK is in the throes of Brexit. I still cannot see what the aim is - taking back control? Control is fairly meaningless in a globalised world where very few things happen at local level and people, ideas, goods and problems are shared globally. I am not so much worried about my personal status as a mainland European in the UK but I am worried about what a post-Brexit UK will look like: even more austerity, even less production, even less social protection and open flood gates to get the undiluted crap (chlorine-washed chicken, etc) from the rest of the world? The pound has already tanked and although this should help export it doesn't appear to. So, what remains is that this is just adding to the pressures of Level III above. This is happening now, even before Brexit has occurred. And it is also not considering any of the racist and anti-immigrant crap that is going on.

Having said that, thankfully, I haven't experienced any of that personally and so far all my admittedly gilded world in Edinburgh has been very good to me - I have good friends, my colleagues at work are as nice and tolerant as always, my bosses are very supportive and my local politicians from councillors to MSP and MP and Scottish Government are listening to my concerns and are making the right noises. Unfortunately, the people that do matter, the UK government and the opposition are lost in Brexit contortions.

Level VI: Our friends from across the pond have elected a racist president that recently threatened a nuclear attack and emboldens the white supremacists. In case you have never seen it, this BBC film from the 80ies is a good reminder of what a nuclear war might be about. Like Brexit, it is hard to see how this situation is going to calm down. If we are lucky it will just fizzle out.

Level VII: On top of all this we have the ongoing catastrophe that is the Anthropocene. We are destroying our environment by building more and more stuff that no-one really needs, killing off species and changing the climate by burning fossil fuels. I suppose if the Level VI nukes don't get us we in Northern Europe might get away with it, although at what cost? Are we going to install automatic guns on the outside of our compounds to keep away the refugees? Will I be on the inside? Or do we just let them drown in the sea?

Levels III and VII are linked in that they expose the failures at either end of the spectrum of our systems. We have plenty of stuff that doesn't get distributed equitably. A lot of the stuff that we do produce and do not need trashes our world only increasing the pressures on limited resources. Levels V and VI are displacement activities that distract from tackling the real issues of capitalism in the Anthropocene.

The real frustration is that we do understand these issues but totally fail to do something about them and instead go for the demagogues of Levels V and VI.

Save the Royal High School

One of the finest buildings in Edinburgh - the former Royal High School - is under threat to be developed into an exclusive 5 star hotel.

The Royal High School is one of the finest examples of the Greek Revival style and is of international importance.

The economic merits of the proposed scheme can be argued over. However, the demolition of several listed buildings to make room for huge hotel buildings made of materials in an architectural style that does not fit into the surroundings will cause irreversible damage to the conservation area.

The Royal High School occupies a very prominent location that can be seen from many vantage points in the city. The proposed new builds will dwarf and crowd the main building carefully designed by Thomas Hamilton to fit the landscape and form the cityscape. Should the proposed hotel development go ahead, one of the most classic views of Edinburgh will get permanently and irreversibly spoilt.

Architectural and aesthetic damage aside, there is the second, equally important question over whether a public building dedicated to learning should be turned into an exclusive commercial space. Edinburgh has plenty of hotels in central locations and there is scope to develop less important sites.

Clearly, a new purpose needs to be found for the building. I whole heartedly support the competing proposal to make the Royal High School the new home of the St Mary's Music School. I do realise this plan also requires some demolition. However, the scale of the music school development is smaller and does not alter the general design of the site. Furthermore, housing a school maintains the spirit of the building and provides a new civic purpose for one of the finest buildings in Edinburgh.

I hope the planning process and everyone else involved in the decision making takes these concerns into consideration so that future generations both locals and visitors can enjoy the magnificent view and be taught inside this great building.

There is still some time to object to the proposed hotel development. More details can be found on the Save the Royal High School page. 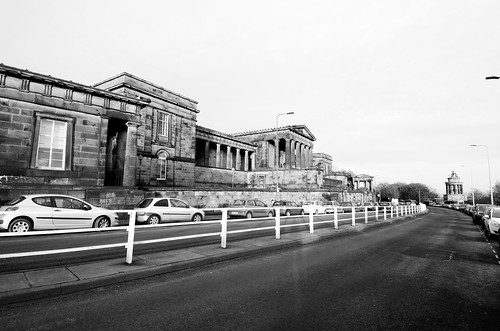 Posted by mhagdorn at 22:23 No comments: