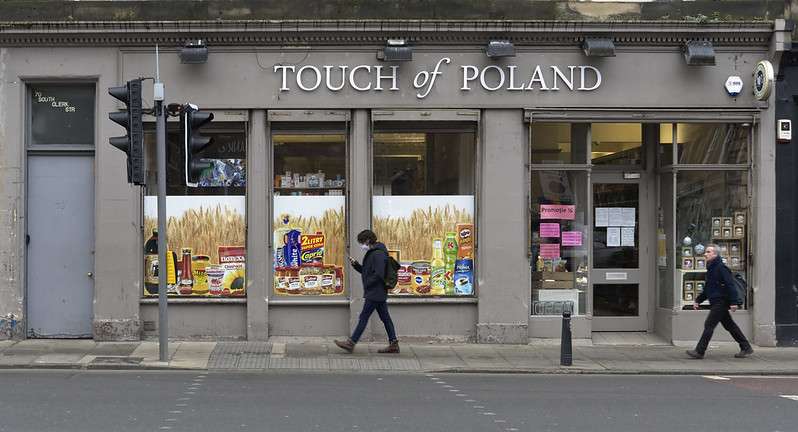 The reply is usually along the lines that our partners will still want to trade and we will have a larger pool from which to attract highly desirable people. As Brexit has shown these things are not rational and some arguments trump the economy. And then there is this concept of sovereignty invoked by the Brexiteers. Sovereignty gets you nothing and yet it is also invoked by the Scottish independence supporters: Scotland wants to be able to decide its own future. So, I am worried that I think my Scexit is better than their Brexit when in actual fact they are the same.

I don't think Scottish Independence is the same as Brexit even though many arguments for and against both are the same. Brexit is a right-wing project. The new found sovereignty does not benefit the majority of people but is used to drive down standards (see the recent decision to allow pesticides banned in EU). Undoubtedly, health and safety standards and working conditions are next. Not to mention that Human Rights might be threatened. Since Boris Johnson took the helm of the country it has become abundantly clear who it is run for: the rich and powerful. The levels of corruption are staggering where public funds are funnelled into private companies without tender but often with private links to politicians. Today's outrage of food parcels for kids that qualify for free school meals just exemplifies this government's meanness. They do not trust people to be sensible with money and offer opportunities to companies to extract public money instead. It is not only insulting to those people who need extra support but also to the more fortunate people who pay their taxes to see them siphoned off into share holders' hands. Let me be absolutely clear, I am happy to pay taxes. In fact, I think I should be paying more taxes. But I would very much insist on the money raised being spent for the common good.

So what about all the extra sovereignty an independent Scotland would gain? Since devolution Scotland already has many modern institutions. I think one of the most important aspects is proportional representation. I also think that rejoining the European Union is vitally important. Yes, the EU is about making trade as frictionless as possible. But more importantly, it also ensures peaceful cooperation among European countries by making it easy for people to move around. This is why freedom of movement and the Erasmus program are so important. I think people in the UK don't quite get this aspect. I guess the UK is an island with no actual borders (except for the problematic border between Northern Ireland and the Republic of Ireland). I grew up in the South of Germany where it was not very far to France, Switzerland, Austria and the Czech Republic. A new country also offers the chance for new approaches. I would love to see an upper house formed from members of the public drawn by lot.

Finally, I would also hope that some of this new sovereignty would be spent on creating a more caring and sharing society. An anti-thesis to the Tory vision where everyone fends for themselves and privilege is not only maintained but enhanced. I want to see a society and state with a larger emphasis on collectivism. I do not care about what flavour of human someone is but I do care that people contribute according to their ability (this reminds me of a song, Das Bürgerlied, we used to sing in primary school). I also want to live in a modern state with modern institutions where the rule of law applies and that represents the entire population.

So, in the end I think the big difference between Brexit and Scexit is that the former is a backward looking power grab by the privileged while the latter is a chance for a modern, outward looking country.