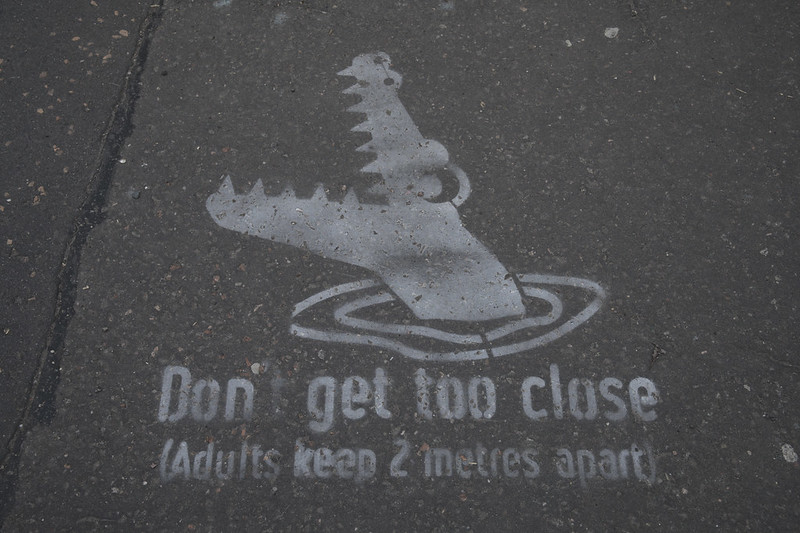 We are now well over a year into the Covid19 pandemic. So far we, personally, have escaped relatively unscathed: We have our jobs, an income and a large enough flat so that all four of us have their own space. We have technology to access the internet and each of us at least a laptop and a mobile phone. And above all, apart from regular bouts of self-isolation, we have been left untouched by the disease itself (and hopefully it will remain that way). There are some significant issues to do with school though. I do not think they are new but as with many other things, the pandemic has particularly highlighted these. I want to make it absolutely clear, I do not have any problems with particular teachers - I know they are doing their utmost. It is also not about the particular school my teenage sons go to (or perhaps even the country the school is in). It is to do with systemic issues arising from the 21st century.

I should, perhaps, start with the observation that kids are not encouraged to work hard. With that I mean, everybody accepts that to be good at sports or with a musical instrument you need to do a lot of practising and training. However, similar efforts are not demanded for boring subjects such as Maths or English. This is reflected in the reduced amounts (or even total absence at primary school) of homework. The kids simply do not practise Maths and English enough. We have been mean parents and made our children (and now young people) do extra maths work sheets every day. I noticed that that helped massively with their hand writing (particularly with our older one) and their feeling for numbers improved significantly. It also involved lots of fights over why they should do it and how it was unfair.

At high school the kids are getting homework. However, I have no idea how much as the standard answer we get from our children is "nothing to do". As far as I can tell, there are no consequences for not doing their homework. I do think homework is important because it allows them to practise independently what they learn at school. It also demands an amount of self-discipline to do something that they have to but do not want to do. I do understand that school days are quite long and that they are tired when they come home. So maybe, they should have time slots at school during which they need to practise independently.

The other big issue I have is that kids are not challenged enough at an early stage. My observation from my own children is that they managed to do alright up to and including the first set of exams (the younger one is not there yet) by merely being present. When it came to the second exams our older son struggled a lot with the unexpected challenge. And because he had not been challenged before he did not have the tools to deal with that challenge.

Then came the pandemic and everybody spent significant amounts of time at home. The children and young people were no longer at school were they had no choice but spent time in the classroom. Instead teaching happened online using teams. Even though I work with computers I do think they are problematic for kids. Computers are both tool and toy. The internet is at its best full of information and opportunities for learning things and at its worst full of addictive utter nonsense. It is up to the user to decide how to use a computer and what content to consume. The kids and young people were left alone with their laptops to get on with their education. As a parent, it became impossible to restrict the amount of screen time because whenever we asked them they had some school work to do.

This links to my earlier observations: they struggle to work independently, they have learned little self-discipline and lack of work has little consequences. It is up to them to decide whether they want to figure out what they need to do or fall into yet another online rabbit hole.

We did get regular notices from school that one or the other young person did not engage with their work. We also got emails saying that there was some concern that they did not do enough work to get to the next stage at school. It was not clear to us what we were supposed to do: We are not teachers. Our relationship is a parent-child one. We work full time and lack large amounts of time to teach them. One suggestion was to get the password for their teams account and check what they should be doing. As an IT professional, this goes against fundamental principles of digital hygiene. On a more practical level, I would have to spend significant amounts of time trying to figure out what they are supposed to do. I simply do not have the time to do that. In that case, I might as well forget about school and home-school them instead. We are happy to remind them to do their work and to provide the space and tools to do so. It is up to the young people to put in the effort and, crucially, it is up to the teachers to check that they are doing the work.

The reports we get for our sons look OK on first glance - the numerical values they get look acceptable. Problems can be found when reading between the lines in the comments. I do not need teachers/school to tell me how wonderful my children are. I would like to know exactly where they have problems and where they are doing well so that I can have a chance of helping them and/or I can praise them for their work. I think it is also important for the children to understand what the reports mean. I do not think it is fair to expect them to read between the lines.

So, I would like to see that pupils get clear homework that is not open ended, that they have to do regularly and is checked often. I would like to see a move to continuous assesment model that feeds into their grades. That way the young people know where they are during the year and can adjust the amount of studying they do and can reflect on their study strategies. This would also reduce the significant pressure of final exams where currently it is make-or-break time.

I am not convinced by computers, the internet and self-directed learning. This works for adults who know what they want or need to learn. Young people cannot have this insight yet and need a general education. Everybody needs a common basis to which they can add specific knowledge/skills they are interested in. They need somebody to tell them what they likely need to know in future. The curriculum contains the things every child should learn. It is the job of the education system to make this happen.

One aspect of regular practice is that eventually you notice that you get good at something and you get a sense of achievement. I think young people are denied this experience by not being regularly challenged. They rarely get to the point were they actually overcame some difficulty, achieved something and earned praise for their achievement. Computer games provide instant gratification and a sense of achievement but there are few beneficial side-effects. Computer games allow them to fill their time and allieviate boredom. In a way they are like a high-sugar diet: a cheap hit that is not good in the long term.

I might be old fashioned and maybe education is no longer required in our post-industrial world where things simply arrive by courier. I don't think so. My concern is that only kids with some self-discipline will be successful. Others who kept falling into the rabbit holes of the internet will have fewer opportunities and choices in their adult lives.