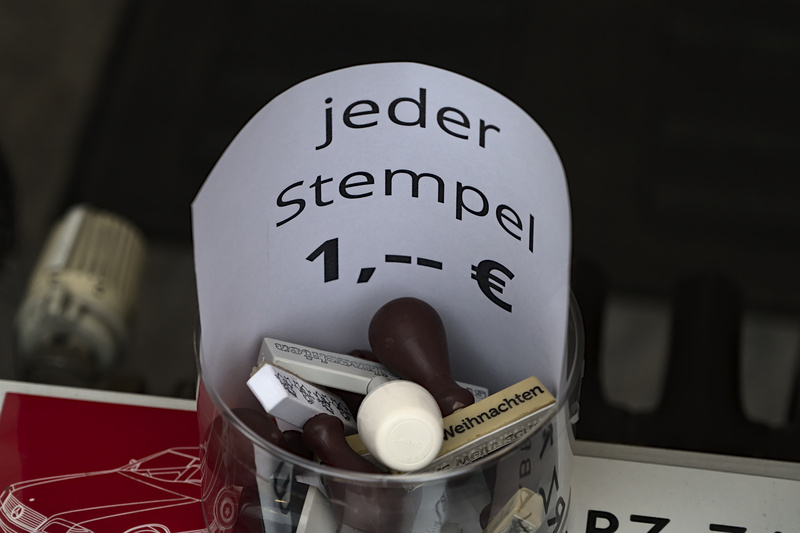 It is now more than three months since I left Scotland, time for an update.

I arrived at the end of August. The weather was lovely and everything was new. I had a long list of things to sort out, official appointments that required signed and stamped papers that produced new signed and stamped papers. My re-integration into German society had started. The bureaucracy is endless and takes time, particularly in Berlin. Dates for appointments with any part of the Berlin administration are released on particular days of the week. The earliest dates available tend to be three months in the future.

My new place of work, the Charité, is huge. I am a member of a small team that looks after scientific computing and HPC supporting the bio-medical researchers. The Charité is spread over four main campuses. The IT department is due to move to a new building near the Nord Bahnhof some time in 2023. As a consequence I need access to a number of offices and machine rooms in various places each requiring different keys. Keys have to be applied for using a paper form. The form needs to be signed and stamped by the right person with a suitable stamp. Only then can the form be taken to the key issuing departments for key collection. In spite of the organisation some doors are unnumbered and access profiles lost. I think, I now have all the access I care about but it took months to sort out.

Berlin is big. When I arrived I enjoyed the use of the 9 Euro ticket for a few days. The ticket allowed taking any local public transport in all of Germany. In Edinburgh I could walk to work within thirty minutes if I had to work in town and did not get distracted on the way by something. It takes at least thirty minutes by U Bahn or S Bahn without distractions. I do love taking the S Bahn and am always remind of Iggy Pop's praise of Berlin public transport. Getting my initial ticket involved multiple attempts, the right forms and standing in a queue for hours. I shared the queue with Ukrainian refugees, a very humbling experience. In Edinburgh there was very little direct experience of the war in Ukraine.

Our current temporary office is the Campus Virchow-Klinikum in Wedding. The train ride takes me to the Westhafen, the largest harbour in Berlin. The place is absolutely fascinating with a huge freight railway yard, container bridges, cement storage and a power station. A river barge brings coal at least twice a week. Work in the UK is so far removed from production. I had forgotten how fascinating watching industrial activity is. Burning coal is obviously problematic and a lot of the German industry is producing products that really should be phased out. But I do think production has to be part of the solution to deal with both the environmental and socio-economic crises facing us.

Large parts of the German political establishment block necessary changes to deal with climate change. The protesters, Last Generation, who are gluing themselves to roads with very modest demands of cheap public transport and a general speed limit are branded terrorists. The Reichsbürger on the far-right who planned to violently overthrow the German government are seen as deluded geriatrics even though they come from the military and police forces and hoard weapons. We do live in a post-modern world where ideology is used to maintain power at all costs and scientific facts are at best ignored.

I do enjoy my new work. Plenty of things to learn. I am a bit further removed from research and teaching. But I do hope there will be opportunities to change this. I was very surprised by how easy I found it to work in Germany. I expected the work culture to be very different and that I would struggle with the language. English is the lingua franca of computer technology. The funniest thing I heard was my instructor talking about Abhängigkeits dependencies. Germany has changed a lot since I lived here in the 90ies.

The tax system has also changed since then which is proving to be the most problematic aspect of our move for me. I eventually received my tax identification number that was introduced in the early 2000s. My wife finds it hilarious that the number is usually issued at birth. However, my employer and the tax office cannot access my income tax records. The tax identification number issuing office is claiming that everything is fine as far as they are concerned. I am now in a bureaucratic limbo between various offices. In addition, it is very difficult to get hold of anybody to talk to, let alone sort it out. German bureaucracy might be efficient when it works but if your circumstances deviate from the expected things are as hellish as anywhere else. Our experience talking to people here is that they will only answer your questions. However, they will not point out that you are asking to wrong questions or what the right questions might be and who to ask them. The rest of the family are each suffering in their own personal bureaucratic limbo.

So was it worth it? It is too early to give an honest answer but we have no regrets whatsoever. The issues we are currently facing are temporary and should eventually get sorted. We have been very naive thinking that we could sort out most of the bureaucracy, find jobs, a school and a flat withing a few months. I think we will do well if we are mostly sorted by next summer. We are incredibly lucky and privileged that we do not need to worry about our accommodation for now. Without the support from our families we would really struggle. The things we expected to be an improvement are really an improvement. We enjoy going to the market to buy our food, health care beyond immediate needs exists, and the quality of life is much better. People earn more money here and some things such as going out for a drink or some food are much cheaper. The weather also helps. Being able to sit in a beer garden without having to worry about jackets is such a luxury. The Germans are complaining a lot but they have no idea what it is like elsewhere. There are big issues in Germany but it is such a huge relief not having to think about the Tories and their government.

We are missing our stuff that is still in storage in Edinburgh and our own flat, the familiarity of the place, the sea and the hills. We are also very much missing our friends and family that we left in Scotland. Exploring Berlin is fantastic and our current issues will get sorted. We can then start sorting out our social network and truly arrive in our new home.