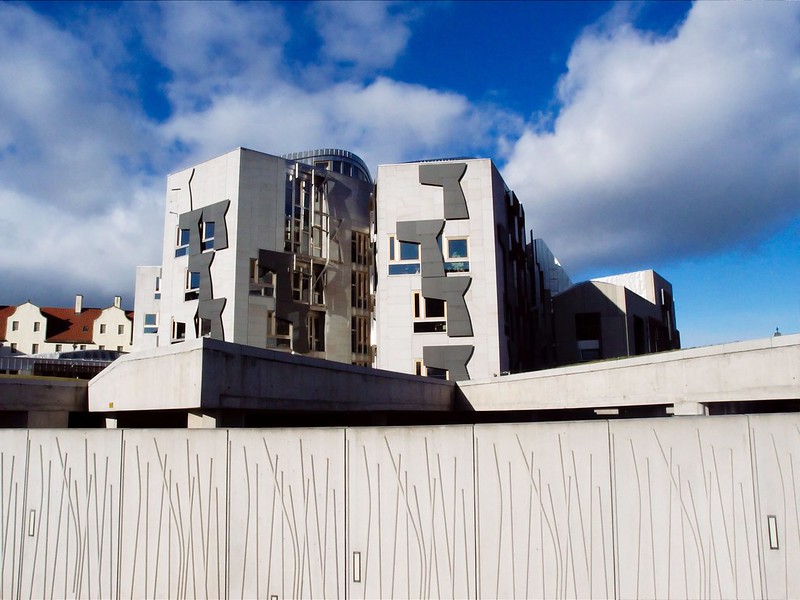 Even though my last post on the Scottish Independence Referendum ended up being quite long there is still much more. First of all, I found a very good essay by Charlie Stross on the referendum, well worth a read. I tried to come up with some reasons why I would vote no. I found it quite tricky:

Anyway, one thing that really puzzled me was that I kept hearing that should Scotland become independent then Labour in the rUK would be finished and the Tories would rule for ever more. A corollary goes, that should there be an in/out EU referendum in the rUK (without Scotland) then it was more likely that the rUK would leave the EU. Well, during the last General Election in 2010 the number of Scottish votes were about 8% of the total number of votes given. So, somehow, if those assertions are true, the Scottish vote although a small fraction has a big influence on the rUK election results. At the same time, the Scots complain that their views are not represented in the UK parliament. Something cannot be right here.

I am a scientist, so I resolve burning questions by gathering data and plotting them. I found data for the past elections on the Parliamentary Elections in the United Kingdom - Elections to the House of Commons website. Some python and a few hours later I had a webscraper and a script that plotted the data 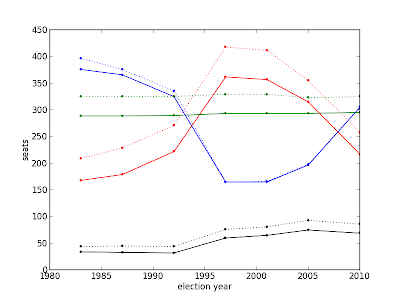 The plot shows that there is very little Tory support in Scotland (well, we did know that) and hence the Scottish complaint that they are ruled by a party they did not vote for. More interesting is that at no time during the last 30 years the UK government relied on the Scottish votes with the exception of the last election in 2010: without the Scottish vote the Tories would have had an outright majority (now they are in coalition with the Lib Dems).

It seems the statement that the Labour would have no chance in the rUK is based on the results of the last election. If the British do not like the Tories, they should just not vote for them. There might be other instances in the past when the UK government depended on the Scottish vote but I have not looked that far back (at least I did not extrapolate from one datum).

I also realise that the first past the post election system produces non-representative results. But that works both ways - for the Conservatives in England and Labour in Scotland. No wonder neither of the major parties wants to change the electoral system. Another reason the vote yes.

It's getting late and I shall have a look at the EU referendum issue in a later post. You can download my scripts that collected the data and did plot from my github repo.